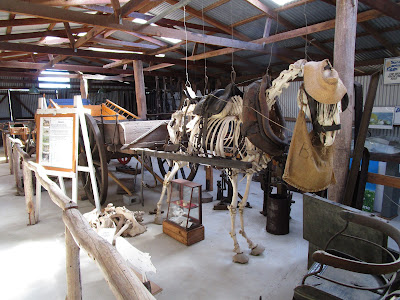 Last week, when visiting the Crows Nest Museum and Historical Village at Crows Nest, Queensland, we came across this rather unusual display. It was of a full skeleton of a horse named Bonnie. 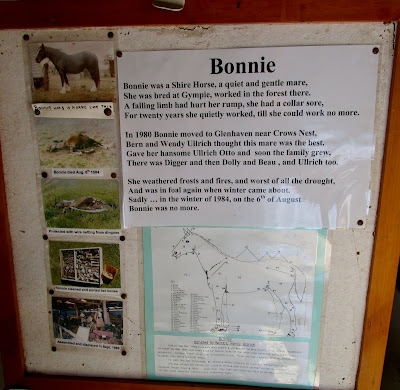 As the story goes, Bonnie was a dearly loved shire horse who had worked in the forests around Gympie until she could work no more due to an injury she received when a branch fell on her. She was put out to pasture with another shire horse named Ulrich Otto. They were a happy family and had 4 foals together, Digger, Dolly, Beau and Ulrich. Sadly, while she was in foal again, Bonnie passed away in the winter of 1984.

Now comes what may be seen by some as the gruesome part of Bonnie's story. Bonnie's body, covered by wire netting to protect her from the dingos, was left to decay naturally in the paddock where she died. Two years later, her bones were eventually cleaned, sorted and reassembled and put on display in the Crows Nest Historical Village. 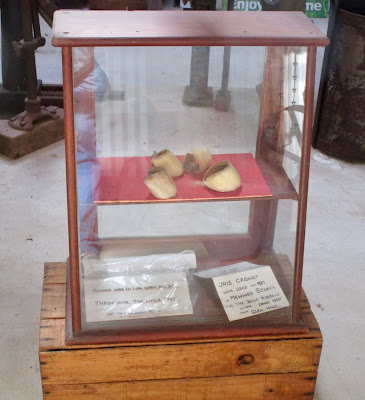 The feet of Bonnie's unborn foal are also displayed in a case alongside her skeleton. 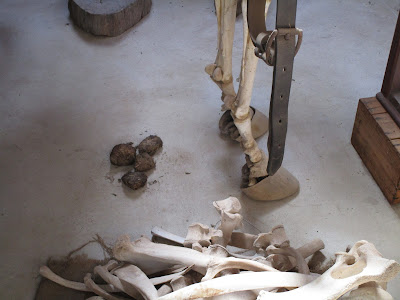 And it looks as though there may still be some evidence of a bit of life in the old girl yet! 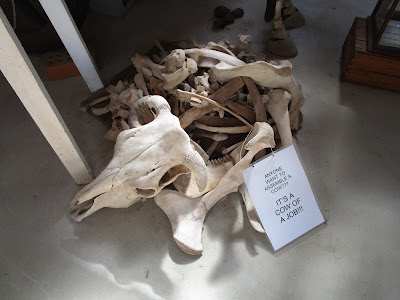 I think Bonnie's cow friend needs a bit of help. "Pull yourself together girl." 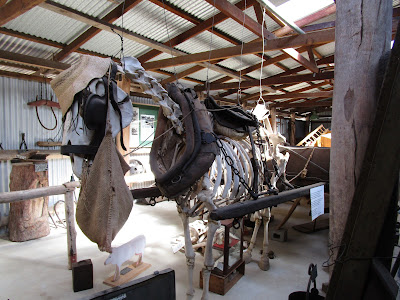 And so ends the story of a shire horse named 'Bonnie.'

Posted by Johnnyfive Collectables at 9:51 am