I managed to pick up a really nice pair of sheep shears a couple of weeks ago at our monthly bottle club meeting. Derek, a friend of mine from the club, brought them along to sell at the club's swap and sell table. A few other members picked them up to check them out before I could, but they finally came home with me. 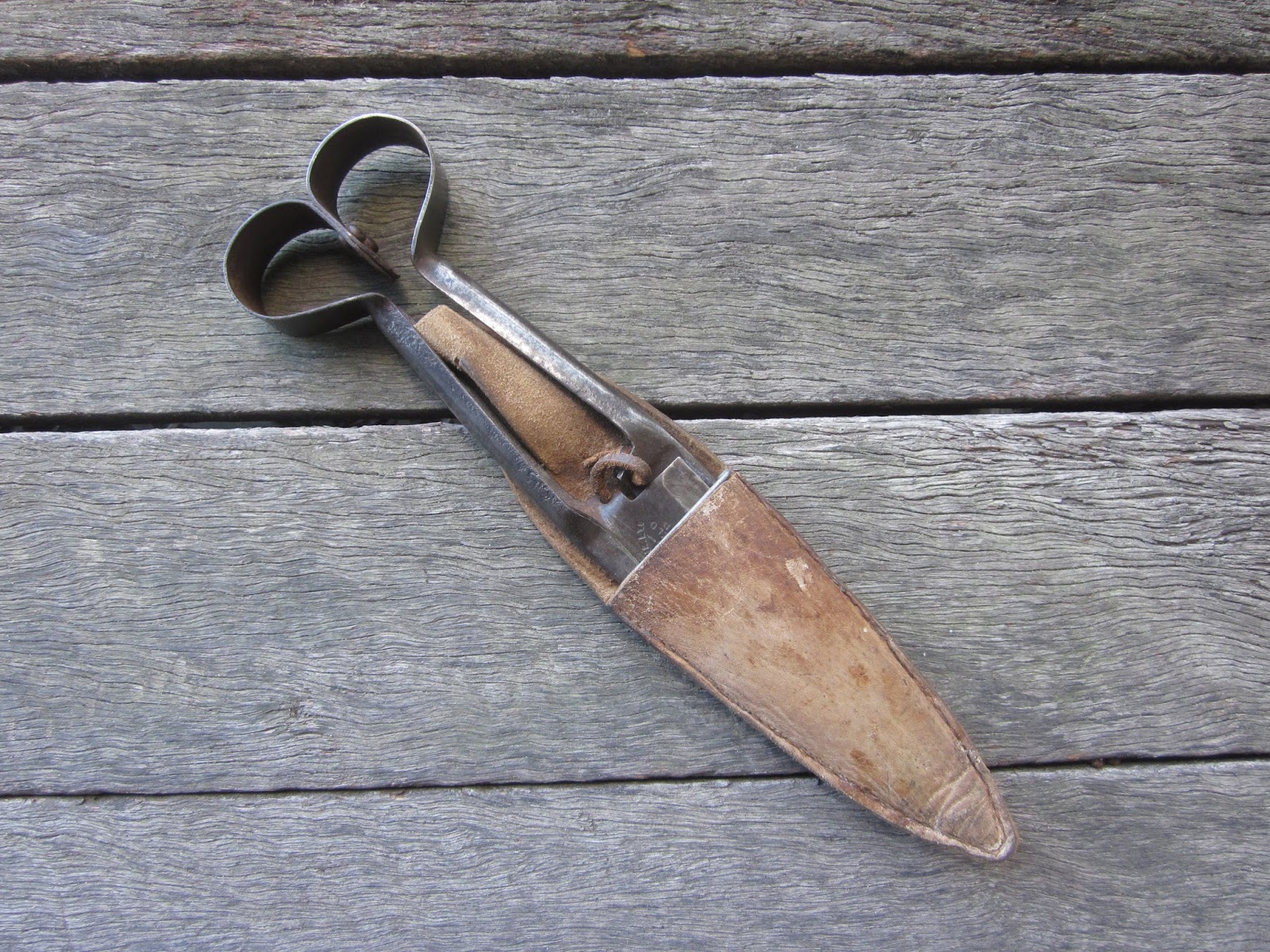 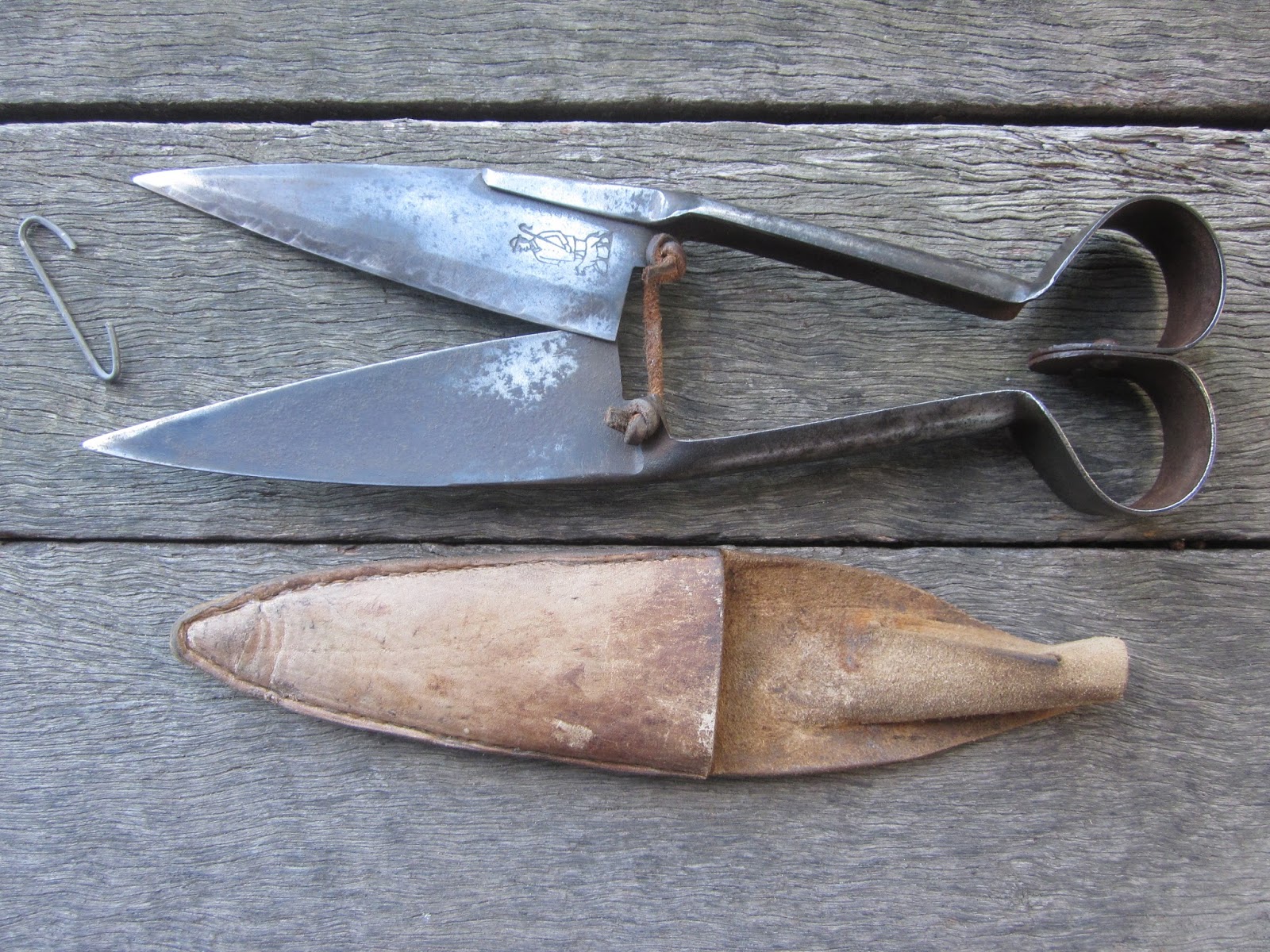 These shears had everything going for them. They were in great condition and in their original leather sheath. But the best thing was the great graphics of a shepherd with his sheep (or maybe his dog) and shepherd's crook impressed onto the blade. I had never seen another pair of shears marked like these ones were. 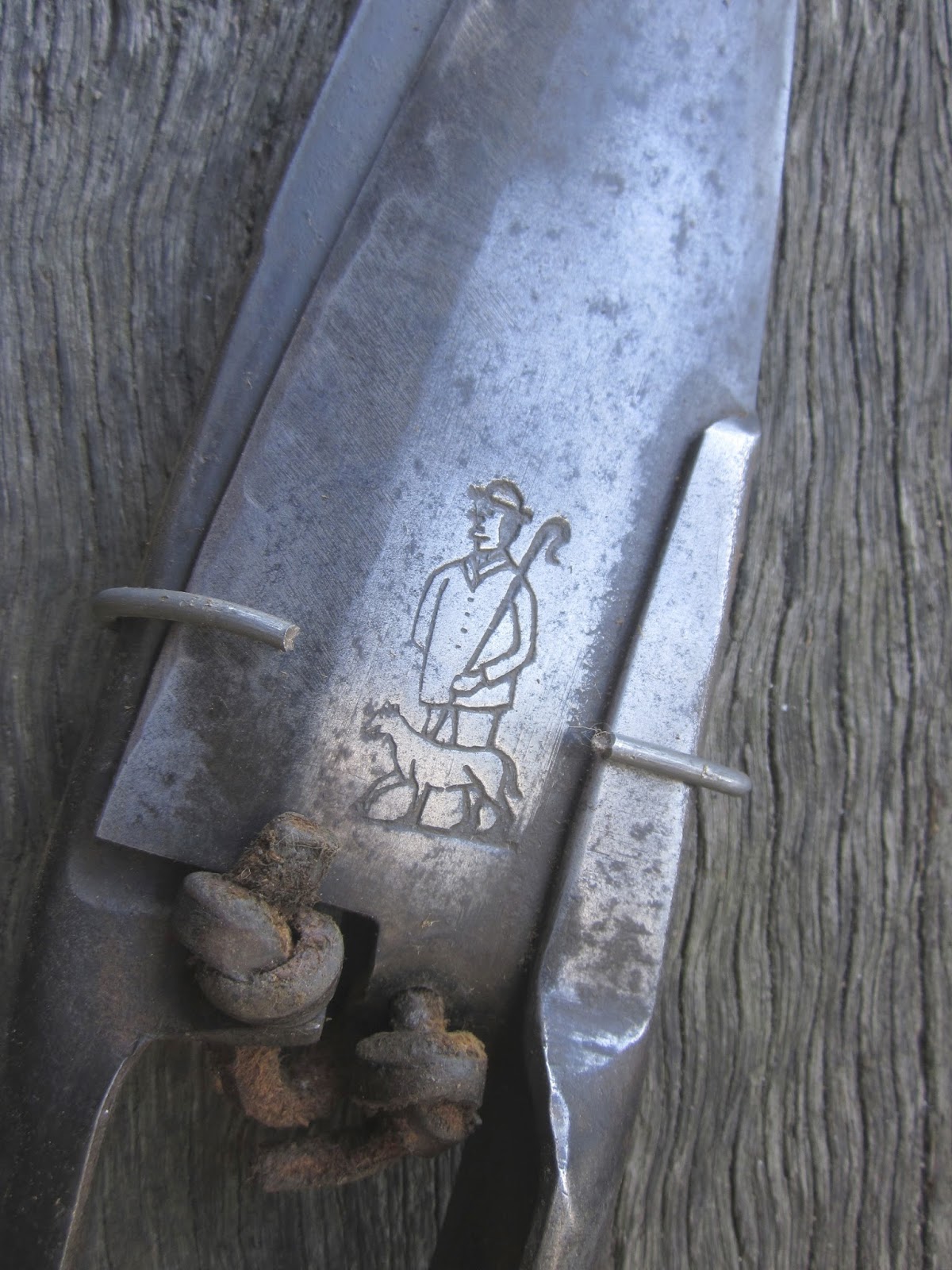 The shears were made by Ward & Payne Ltd, Sheffield, England. Not sure how old they are but the company was producing similar items in the 1890s through to at least the first quarter of the 20th century. A short history of the company can be found here. 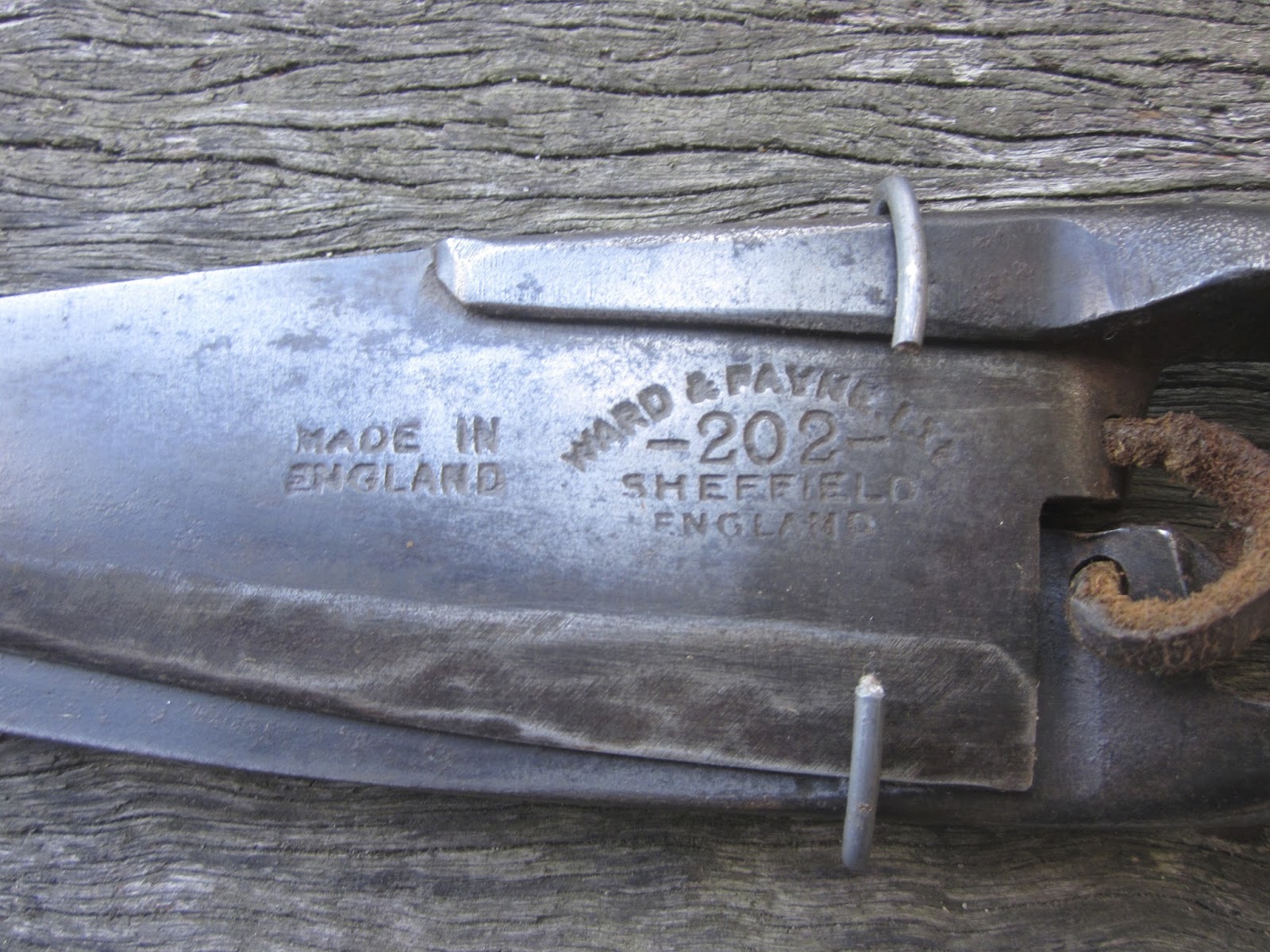 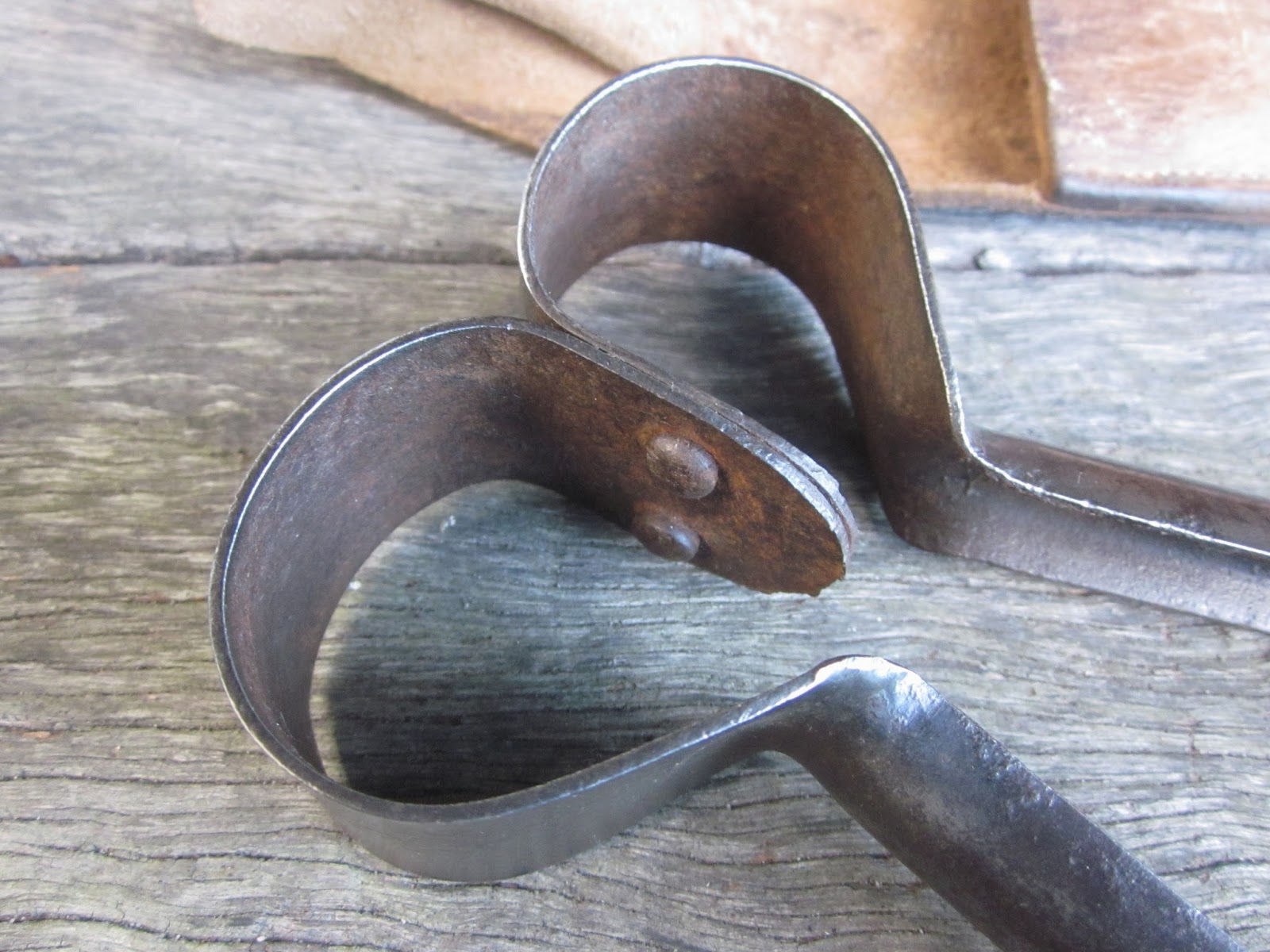 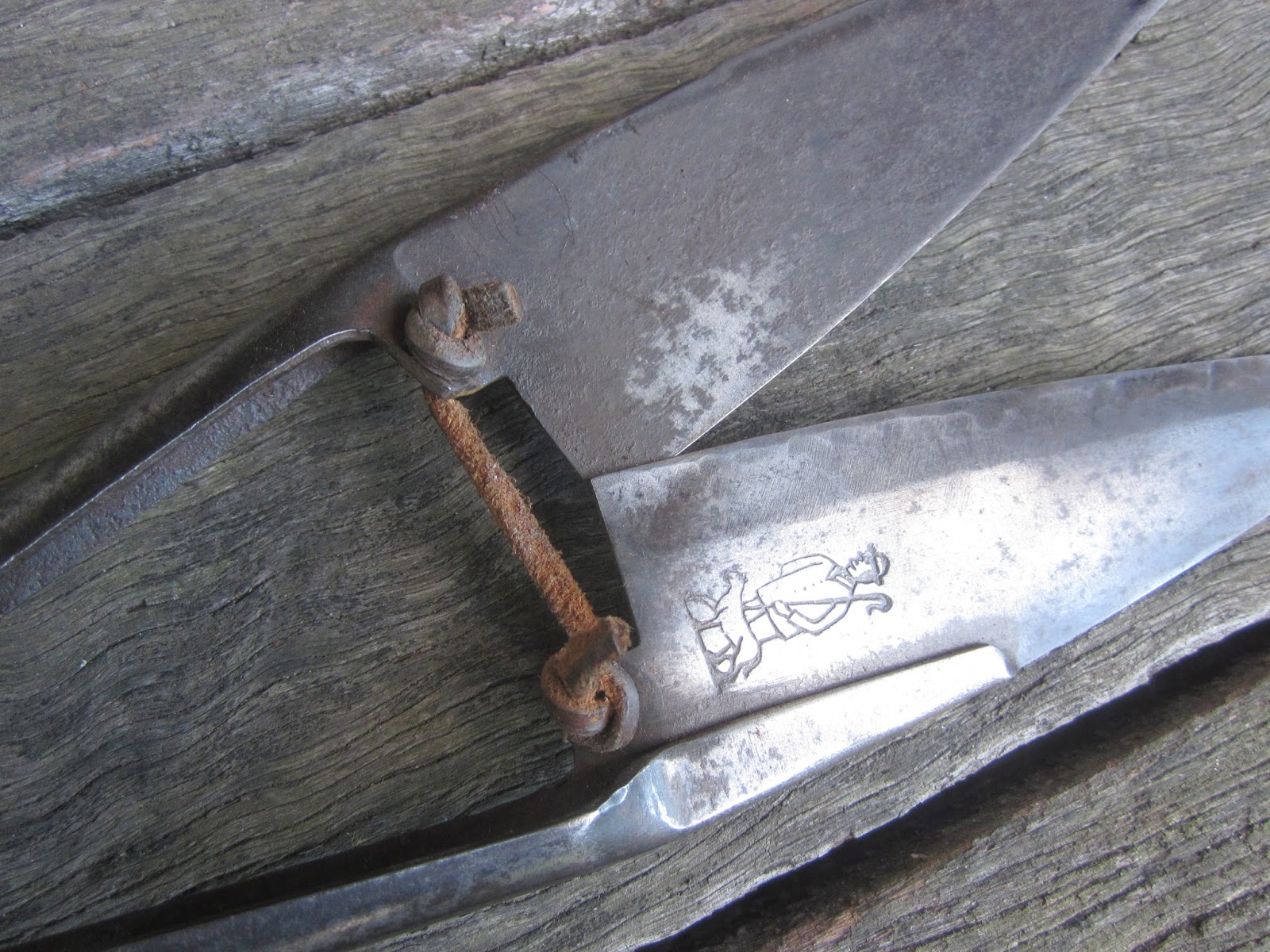 These shears definitely won't end up hanging on the outside of my shed along with my other rusty junk. They will instead, take pride of place amongst my vintage tool collection.

Posted by Johnnyfive Collectables at 6:50 pm No comments: