Last Sunday, I went down to the Dayboro Day Antiques & Collectables Fair. It's only on once a year and although fairly small, I usually find something nice there to add to my collections. I only did a quick visit this time as I wanted to get back home in time to go to church. I did manage, however, to get there well before the 8.30am start and was actually about the third person through the door. Never been that early to any fair before.

At the fair I found six treasures which I very happily brought home with me. Below are a few teaser photos of what I found. Some of these items will be featured in more detail in future posts.

My first purchase was the most unusual and also my favourite find of the day. I bought it from Kate, the owner of one of my favourite, small, antiques shop, "Tikki Boo", at Clontarf. Kate always has something interesting for me in her shop and her prices are also quite reasonable. This time I bought a sewing box (?) made from some old Laurel Kerosene tins, most likely during the Great Depression. A great piece of Australian history. I plan to do a special article in the near future devoted entirely to this most ingenious item. 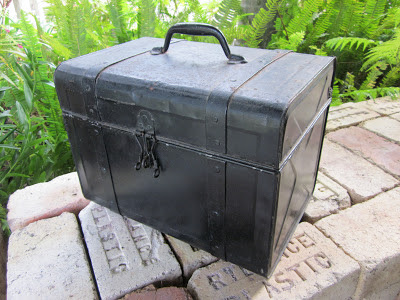 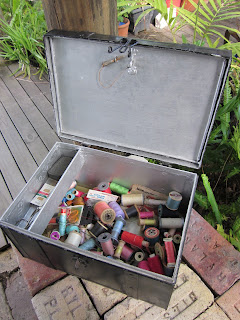 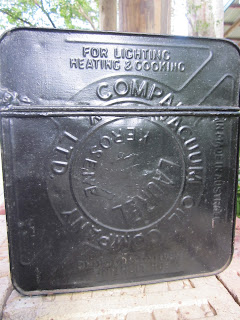 Next I found an early card game called "CHOOK CHOOK". Apart from some water stains on the outside of the box, it looks as though it has never been used. This game probably dates from the 1930s. 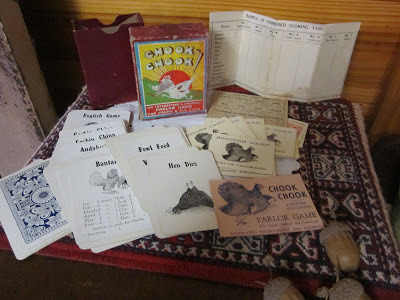 The next stall belonged to another two favourite dealers of mine, Ash & David. I very seldom pass their stalls without buying something and this Sunday was no exception. They had a very nice hand forged branding iron in a 'fleur de lis' or crown design. A little dearer than I usually pay for a branding iron but the design was worth the extra. One day I will do a special post on all of my branding irons. I just want to fire them up first and brand a piece of wood to see how they all turn out. 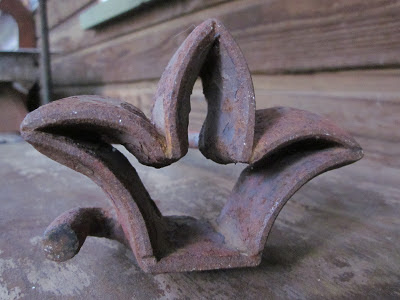 Ash & David also had a nice child's trio in a Noah's Ark design which I just had to have to add to my juvenalia collection. This probably dates from the 1950s / 60s and was made by "SYDNEY BRITISH ANCHOR ENGLAND". 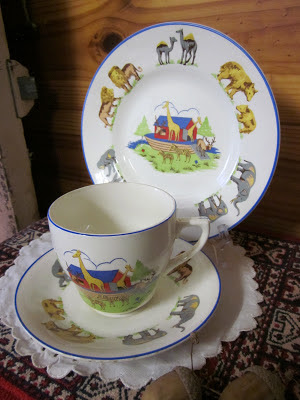 The last things that I bought were from a stall owner who usually always has some interesting things at good prices. I have bought a few things from him over the years including my very first piece of Australian domestic pottery, a Diana trough vase. This time I found six Warning signs (4 aluminium and 2 steel) and an old galvanised bucket. I think the signs have probably come from some high tension power line towers as they warn of the dangers of climbing such towers. I wasn't really after this type of sign but how could I refuse when he only wanted $2 each. I intend to hang one or two of them up and then use the rest to make some signs of my own. There is no way that I could have even bought sheets of aluminium or steel this cheaply. 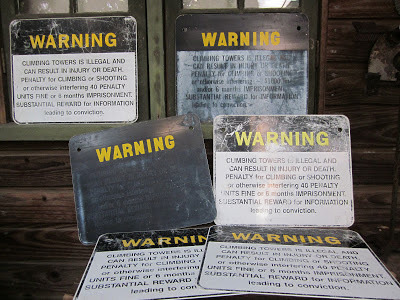 Not sure where I will use the bucket yet but I know it will look great somewhere in my garden. 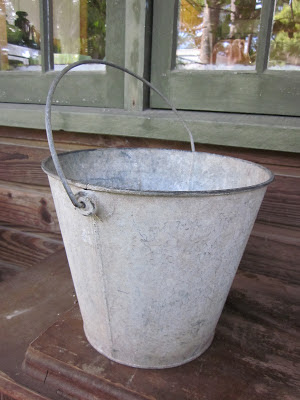 Overall a very worthwhile visit. Came home with some nice treasures and caught up with a few friends. Looking forward to next year's fair.

Posted by Johnnyfive Collectables at 3:10 pm