I've finally got my pharmaceutical collection into some form of order. At least the best stuff is all displayed together with the overflow stored in my stationary cupboard close by. I'm using the display stand that I made for my recent club show to house all my dispensing bottles (and a bit more). It's always nice to see a collection come together in a display. 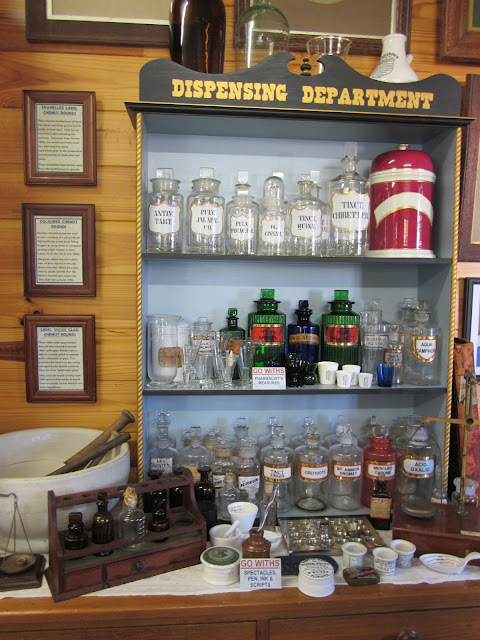 I was very fortunate to be able to pick up three very nice items for my pharmaceutical collection at our Morayfield show three weeks ago. The first one I bought from my friends stall on the Friday night when we were setting everything up. It is a very large pink ceramic drug jar (about 27cm tall and 17cm in diameter). 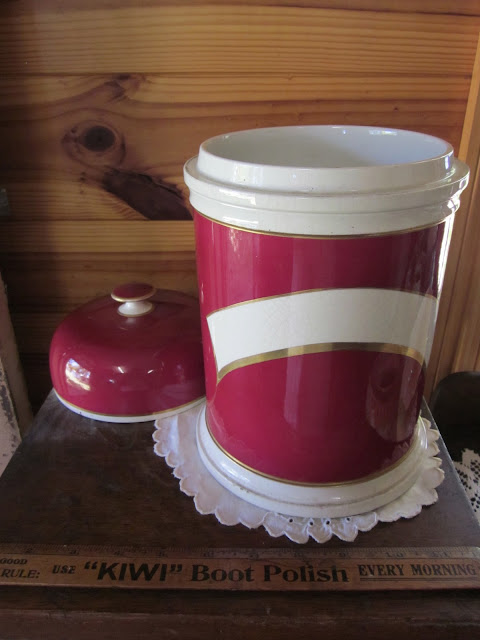 The jar is in excellent condition with only some crazing to the glaze as can be expected on a ceramic item of its age (probably c.1900 or maybe earlier). Most of these jars have quite a few chips around the rims and have damaged handles to the lid. The only thing that would have made this jar more desirable would have been an appropriate pharmaceutical label. I was told that my friend used to keep cat food in this jar. Originally it would most likely have been used to store pharmaceutical ingredients used in the preparation of medicines. The large size and bright colour of this jar could also indicate that it was intended for display purposes in the pharmacy window. Pharmacists would often have a colourful display of large containers in their windows to attract customers and to make it obvious that it was a pharmacy.

The next item from the show was another drug jar bought from the same friend on the Saturday of the show. This one is a little more modest in colour, design and size. It is white and only about 15cm tall and 9cm in diameter but it does have a good paper label. The label reads "Oleum Anisi" which is Oil of Anise. You can read about Oil of Anise here. This jar is also in excellent condition. 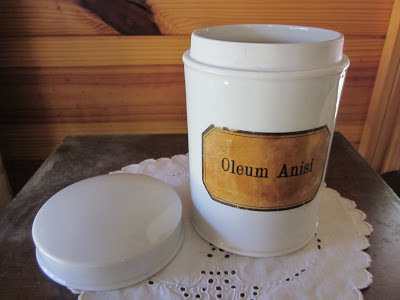 The third item that I bought from the show for my pharmaceutical collection was a Sloan's Liniment bottle with its original box. 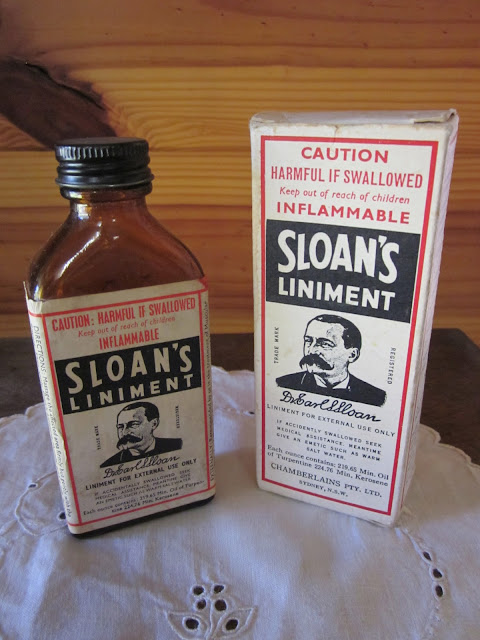 This bottle is not particularly old (probably from the 1940s) but does have great graphics and lots of cool information on the box and label. It also has a strongly embossed star pattern on the rear of the bottle. These patterns were to warn the handler that they had picked up a bottle that contained poison. So when you got up late at night to get something for the headache you had, you would immediately know you had picked up the wrong bottle. It also has the AGM mark embossed on the base. The particular mark on this bottle was used by the company 'Australian Glass Manufacturers' from 1934 to 1948. You can read more about Dr. Earl Sawer Sloan here. 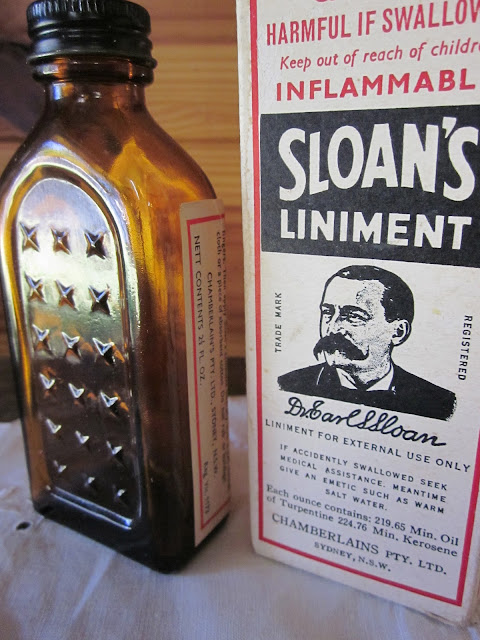 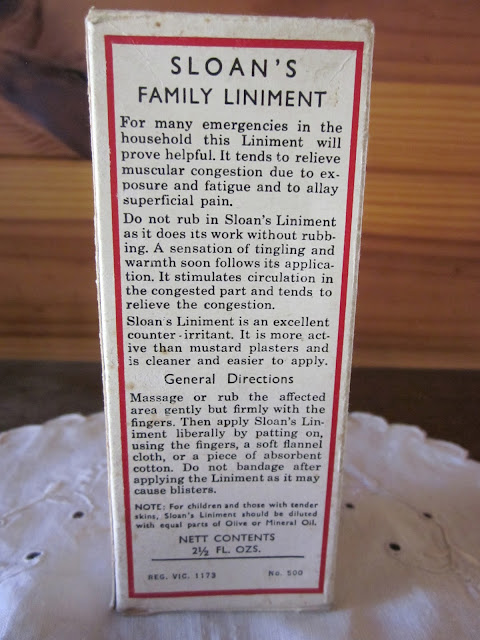 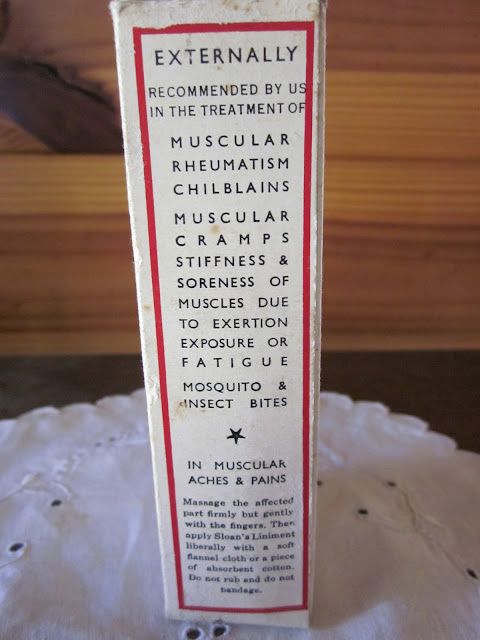 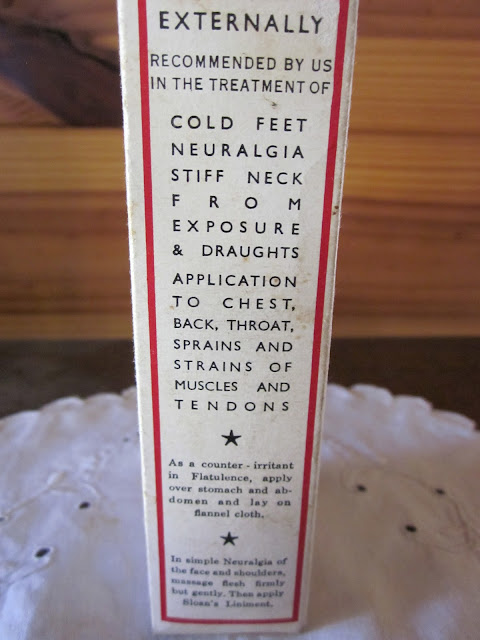 Another recent addition to my pharmaceutical collection is this cedar test tube stand pictured below. I found this in a local antique shop a few months ago. It is constructed entirely of Australian Red Cedar and I just love it. It has a few stains (actually some look like burn marks) but these just add character. This stand may or may not have been used in a pharmacy but looks right at home with my collection. If it didn't actually come from a pharmacy, it may have been used in a chemist's laboratory or even a school laboratory. I don't have any test tubes for it yet but they shouldn't be too hard to find. Anyone out there have a few they want to get rid of? The bottles didn't come with it either but it just so happened that I had a few that kind of look OK. 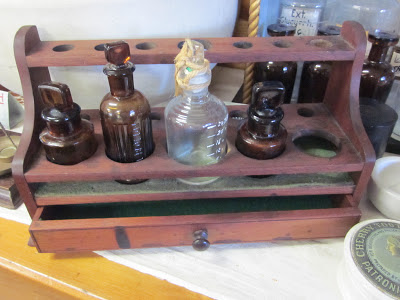 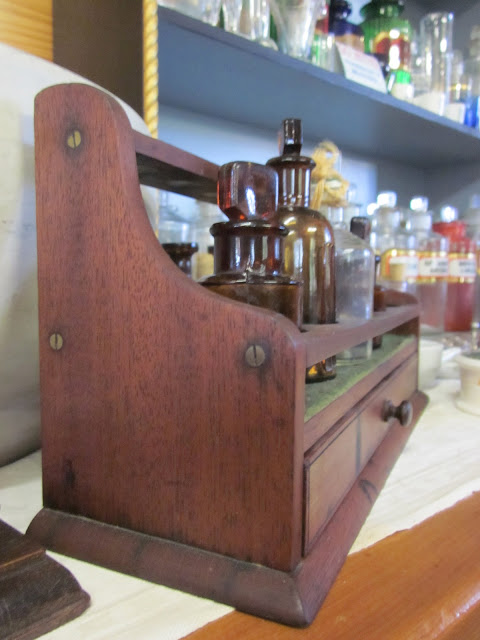 The stand is very well made. Who ever made it even took care to set the brass screws (align all the screw slots). This is always a sign of a good craftsman. The green felt is rather worn in places but looks original. 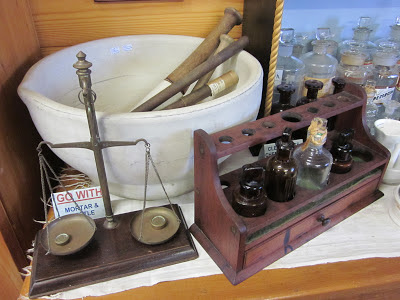 I wonder what else is waiting out there for me to discover and add to my collection?

Posted by Johnnyfive Collectables at 12:08 pm