We are often led to believe that recycling is a new idea. Nothing could be further from the truth. People have been recycling things, especially containers, for hundreds of years. In fact, ever since the Industrial Revolution, many commercially produced containers or packaging haven't been disposed of but rather reused for other purposes. What was originally done out of necessity, would now be referred to as 'recycling' or 'repurposing'. No other period in history illustrates this more clearly than the Depression Era years (or The Great Depression of the 1930s).

During The Great Depression, jobs were very scarce leading to high unemployment and very little money to spend on the basics, let alone any luxuries. The average person had to make do the best he could with what was at hand. Thankfully, we Australians were a resourceful lot and many ingenious things were crafted out of otherwise disposable items. They ranged from the simple reuse of a disposable container for storing buttons, screws or old photos to complete pieces of furniture such as a chest of drawers made from kerosene tins or a whatnot made from cotton reels.

In the past year, I have been fortunate enough to come across two items from this period. Both are types of tool boxes and both have made good use of old kerosene containers.

The first was found at the Dayboro Day Antiques and Collectables Fair in May last year and was briefly featured in my story about the fair.

It is made from some old Laurel Kerosene tins and was sold to me as a sewing box (as it was full of sewing items). It has since been suggested to me that it may possibly have been made in the government railway workshops as a travel case for train drivers and engineers. They could have used it on long train journeys to store food and other basic necessities. This suggestion of its original purpose sounds more plausible than a sewing box as it definitely has a more masculine rather than feminine look about it. Also the high quality workmanship that has gone into it would suggest it having been made by an experienced tradesman in a well equipped workshop rather than just in someones backyard shed. 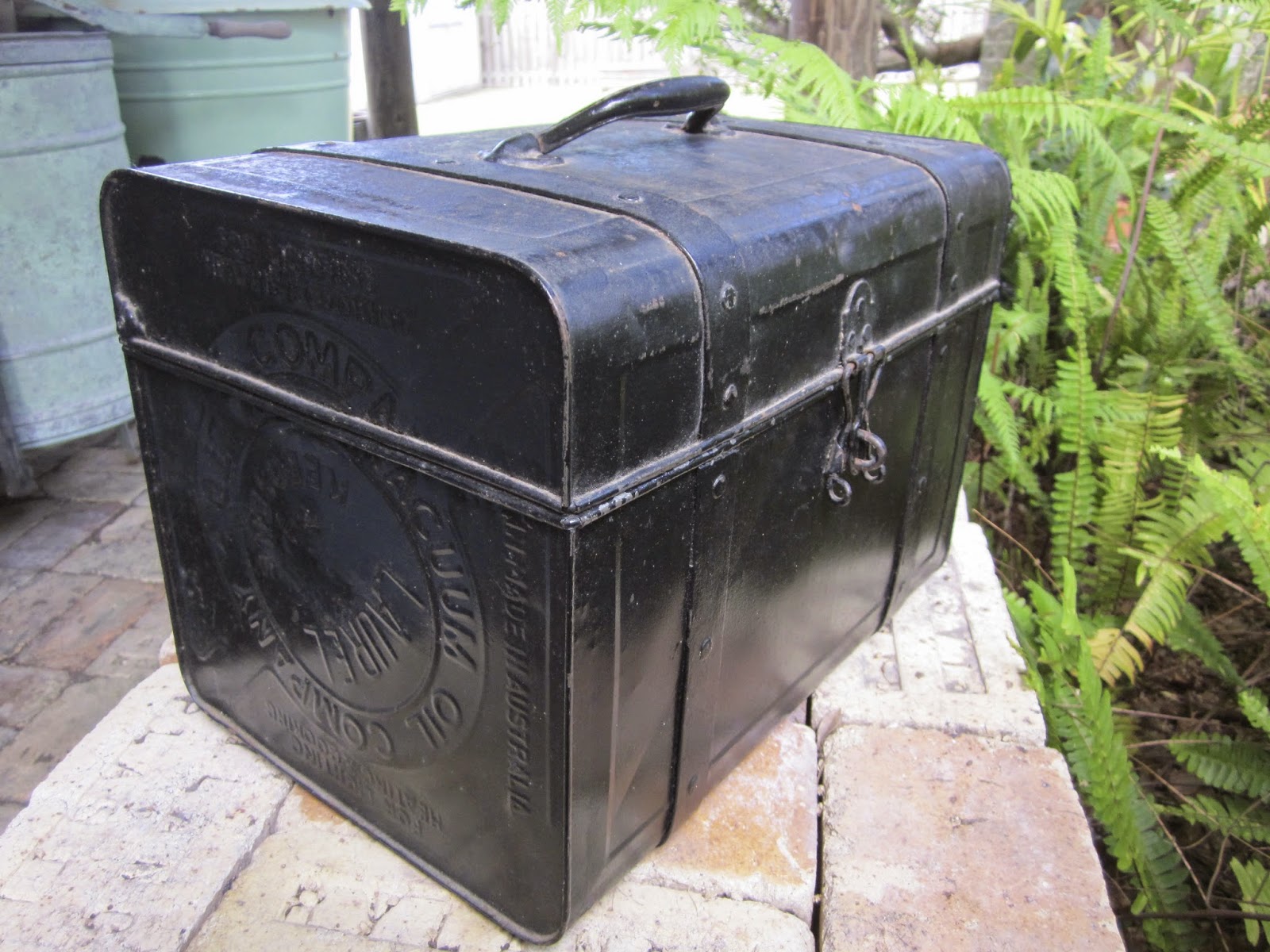 Don't know if you found this little box to be as fascinating as I did, but I just couldn't help marvel at how clever people could be, especially when they had to make do with only what was around them.

In Part 2, I will be sharing another box (tool box this time) that once again shows man's resourcefulness in difficult times. These items certainly are great examples of "recycling at its best".


Posted by Johnnyfive Collectables at 10:34 am